The Steuben County IDA staff and Board of Directors include seasoned professionals and business leaders with strong ties to regional and statewide resources. 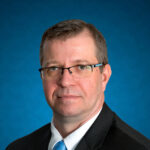 James C. Johnson has been the Executive Director of the Steuben County Industrial Development Agency since March of 2011. During that time, he has led efforts in Steuben County to facilitate business expansions at companies such as Corning Incorporated, Manufacturing Automation Systems, Instant Brands, and HP Hood.

Johnson’s efforts have also led to major community redevelopment projects such as the Corning Hospital Redevelopment and conversion of the former Corning Free Academy into high end apartments to help meet workforce housing needs in the community.

In addition, Johnson and his team played a key role in attracting companies such as Upstate Niagara, Compin USA, and Louisiana-Pacific Corporation to Steuben County.

Johnson is involved with several community initiatives and organizations and lives in the Town of Caton with his wife, Melissa, and their son, Jayden.

Stacy joined the IDA as the Finance and Compliance Manager in July 2021 to oversee financial operations and government reporting. She came to the IDA after spending 12 years working as the Director of Finance and Controller at Corning Community College. Additionally, Stacy has held finance positions with other local municipalities, giving her the skills and knowledge needed to successfully oversee the IDA’s finance and compliance obligations.

Stacy holds a Master’s Degree in Business Management from Keuka College and is a 2018 graduate of Leadership Steuben.

In her free time, Stacy enjoys spending time with her family, being active in the community, and enjoying all the Finger Lakes region has to offer. 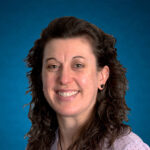 Jill joined the IDA staff in September 2015 to continue the agency’s outreach to the small business community in Steuben County.  She was promoted to Deputy Director in 2018 to assist in project development and oversee the agency’s solar project portfolio.

Prior to her IDA tenure, she spent 12 years in commercial lending and credit analysis in the Corning-Elmira area.

Jill started her commercial lending career in Philadelphia after graduating from Susquehanna University. She serves as a Director on the Town of Erwin IDA Board and on the Career Development Council Board, and chairs the Southern Tier Regional Economic Development Corporation’s Loan Committee.

Jill is studying for a master’s degree in Community and Economic Development through SUNY Empire State College.  She enjoys spending time with her kids, watching sports, and visiting the many great wineries and breweries in Steuben County. 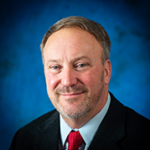 James “JC” Smith joined the IDA staff on a part-time basis in the spring of 2018 to provide guidance for Steuben County municipalities seeking upgrades to their water and sewer infrastructure. JC retired in January 2018 from the Environmental Facilities Corporation (EFC), a New York State agency that provides low-cost capital, grants and technical assistance to communities engaging in water infrastructure projects.

Prior to his tenure at EFC, JC served as the first Watershed Manager for Keuka Lake, and as Manager of the Wayne County Soil and Water Conservation District. 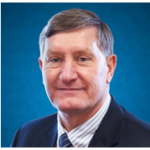 In December 1995, Mark was offered the position of Deputy Commissioner for Administration with the NYS Department of Agriculture & Markets in Albany, NY, a position he held for three years. In 1999, Mark returned to Steuben County to serve as the County’s Social Services Commissioner. 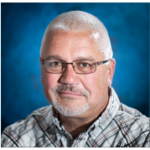 Scott Van Etten is a life-long resident of Steuben County. A 1983 graduate of Corning West High School, Scott continued his education and received an AAS in Business Administration from Corning Community College and a BS in Finance from the Rochester Institute of Technology.

Upon graduation, he began his professional career at Hilliard Corporation in Elmira as a Cost Accountant and Manufacturing Accounting Manager. He then took a position at Emerson Power Transmission in Ithaca, serving as their Plant Accounting Manager and Plant Controller. In 1997, he took a position at Electri-Cord Manufacturing in Westfield, PA, where he served as their Chief Financial Officer. At the same time, he returned to school and earned his MBA in Operations Management from Syracuse University. After earning his MBA, Mr. Van Etten began working for Corning, Inc. in the Specialty Materials Division as the Business Controller and then Product Line Manager until his retirement in 2015. 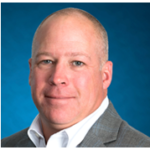 Tony Russo was born and raised in Bath, NY where he also attended Bath Central School. Upon completion of High School, he began full-time involvement into his family’s business, Southern Tier Provisions. It was there he worked many years side by side with his father, James Russo. Their company specializes in Italian Food Distribution to the Northeast.

His involvement has been with every aspect including transportation, purchasing, sales, retail, commercial real estate, and management. He is very proud to have been part of their company since the age of 10 years old. His favorite thing about his career is the fellow business owners and sales people that he meets every day. Many of those people have become trusted friends. Tony and his wife Kimberly reside in Bath, NY where they raised four daughters.
See more
See less 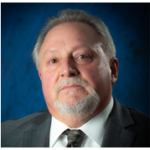 Dean Strobel is the Director of Cheese Operations at Upstate Farms Cheese, LLC located in Campbell, NY. He was born and raised in Cohocton, NY where he graduated from Cohocton Central School. He received a Bachelor of Science in Biology from the State University of New York at Geneseo. Immediately after graduating he began what has become a 40-year career in the dairy and food industry.

He has been responsible for the oversight and management of operations in New York, Maryland, Florida, Virginia, Wisconsin and New Jersey. He has been responsible for capital projects that have totaled well over $100 million over the course of his career. Dean also sits on the Board of Directors of the New York State Cheese Manufacturer’s Association. He, his wife Shelley (Olean, New York), and their two daughters returned to Western New York eight years ago when he joined the Upstate Niagara Cooperative.
See more
See less 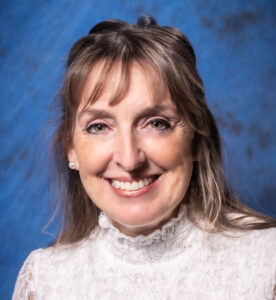 Michelle A. Caulfield is Superintendent of the Corning-Painted Post Area School District.  She assumed that role in July 2020 after serving nine years as Assistant Superintendent for Secondary Education.  Michelle started her career in the district in 2000 as an English teacher and became Assistant Principal at East High School before moving into her district roles.  She is credited with co-facilitating the merger of the C-PP Middle and High Schools. 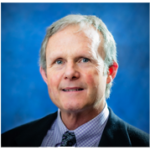 Mike Davidson is a life-long resident of Hornell, NY and a 1973 graduate of Hornell High School. He attended Bucknell University in Lewisburg, PA, graduating in 1977 with a Bachelors of Science in Business Administration. After college, he returned to Hornell to work in the family furniture business, and today, is the owner and operator of Davidson’s Furniture and the Hornell Furniture Outlet. 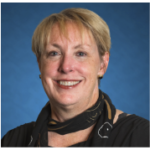 Chris and her husband, John, have two grown sons,  reside in the town of Erwin, and have a farm in Troupsburg.